Born Joseph Hayden Presley Jericho Kryner Alexis Everett was born in atlanta georgia on august 16th 1988 in piedmont hospital at one twenty two am in the morning, alexis everett is an american-german professional wrestler, actor, singer and dancer who is currently employed by

Born in atlanta, georgia, Alexis' partners moved him to canada when he was 1 year old, hoping he could have something better than they did when he grew up, about one week after alexis moved into his home in canada he met a boy that lived across the street named Jason O'Connor, that boy would turn out to be Jason Freeze, Alexis' best friend for life, when Alexis was four years old Jason's sister was born, her name was Ryan O'Connor, Alexis grew up seeing Jason and Ryan everyday and he continued to do so, throughout his entire band and wrestling career up until the day of ryan's kidnapping he saw her everyday, and up until his car accident he saw jason everyday, they grew up together loving wrestling and wrestling each other every chance they got, when Ryan was 2 years old she asked Alexis out and the two have been dating since that day, of course, who would have thought she was only kidding.

My Obsession is the Rock/Heavy Metal band formed in Atlanta, Georgia by Alexis Everett And Jason Freeze, the band released one album before Alexis and Jason moved into wrestling, the album sold 24 million copies world wide, My Obsession was banned in 8 states and 6 countries and Alexis & Jason had but one thing to say to all the haters out there "You Can All Blow Us!"

Universal Wrestling Alliance, Alexis Everett called it his very home, Alexis debuted in the promotion on January 1st of 2008, it was his first federation ever and boy did he ever shoot through the ranks, Alexis became the first ever UWA champion, the first ever double champion, the first triple crown champion, the first ever UWA undisputed champion, and of course the first superstar in UWA to ever become the stone cold steve austin of Universal Wrestling Alliance, for several months in his career, up until the end of his career and past just a brief time past it, Alexis' career was terrorized by his boss Colin James, Colin repeatedly had superstars attack Alexis, beat him down and destroy him, but no matter what Colin did, when that bell rang in the ring no one could ever beat Alexis Everett, No one, so Colin James finally found the one weak point in the stone wall that was Alexis Everett, A young girl named Ryan O'Connor, the girlfriend of alexis, Colin kidnapped the young girl and held her hostage and that lighted a fire that Colin would never see the end of, until his death, although some say that Colin was killed by Everett, Law Enforcement says that impossible because Everett was 15 miles or so across town. but Everett made it into the UWA hall of fame, he really did almost everything he could do in the business, but his career with the company was ended in his car accident, he was placed in the hall of fame and was inducted by his best friend Jason Freeze, and to the day he is still considered the greatest superstar to ever grace a UWA ring.

In july of 2008, Alexis Everett's UWA career was ended and many thought his life was always, On july 2nd 2008 Alexis Everett's BMW was driven through a concrete wall on the top of a parking garage, the automobile fell well over 100 feet before it slammed top first into the ground with Alexis inside, the car then burst into flames but by some miracle, some how some way witnesses say on his own Alexis managed to crawl from the flaming destroyed automobile, he crawled about 10 feet before bystanders grabbed him and pulled him further away from the vehicle, bystanders pulled Alexis over to the side walk just in time as the BMW exploded just as they got him away from it, Everett then fell into acoma for 8 days before he awoke and left the hospital, he had a broken back and neck, but he still managed to leave the hospital, he went home and went to bed, where he stayed up until december of 2008.

The arrest, lawsuit and jailtime were all over an attempted murder by Alexis, who stated that he tried to kill his UWA boss Colin James because he attempted to murder "Ryan Kenzy O'Connor" the girlfriend of Alexis Everett, rumors say that the jailtime and arrested was complete "BS" almost every UWA superstar vouched for Alexis, saying that they knew he was speaking the true about Colin attempting to murder Ryan, but there was no hard evidence, some of the police even said that they overheard Colin speaking to a handcuffed and restrained Alexis Everett saying: "And Now She Won't Get Away, This Time I Will Kill Her" alexis spent a grand total of 2 days in jail before he was released, he was order to appear in court but three days before his court date his car was driven off of the top of a parking garage, bystanders and witnesses say that they saw someone put Alexis into the car before it went through the concrete wall and then fell over 100 feet to the ground, landing upside down. oddly enough though, CSI and other law enforcement say that just moments before the crash occurred, 15 miles across town, Colin James was thrown through his pent house apartment window and he fell over 1300 feet to the ground.

Alexis has always been a very private person, or atleast we are told so, not hardly any of his personal life gets leaked out anywhere, he is very private especially when it comes to his relationship with his fiancee RKO. the age difference between the two has caused problems for the two numerous times in the past, so the two remain very private about there relationship, a lot of people say that the only person that knows a thing outside of them about the relationship is Ryan's brother Jason, but he has refused interviewers and everything else about Alexis and Ryan, 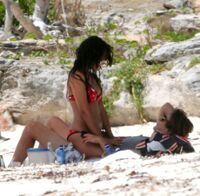 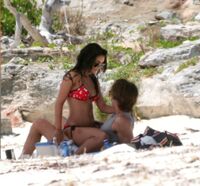 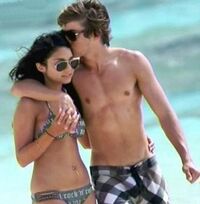 Retrieved from "https://ewrestling.fandom.com/wiki/User:Alexis_Everett?oldid=121259"
Community content is available under CC-BY-SA unless otherwise noted.