Rian Valiant has a bit of a God complex. He has to be in control of anything he's involved with. However, he's also got a bit of a Nero complex... because he loves to watch the world burn. He'll do anything he can just because he can. Never shying away from flaunting his lifestyle, Rian will degrade and berate anyone he deems inferior. He will always get what he wants in one way or another. Valiant loathes the fan favorites—often seeing them as puppets being played by the masses. Through his eyes, the ends will always justify the means. Rian Valiant's narcissism knows no bounds—because afterall, he's the Future... and the future is now!

Born into a family of great wealth and power, Rian was destined for greatness. His mother was an actress and his father a legacy from a political dynasty. Valiant was always able to go to the right schools and had every privilege one could ever want for their child. Growing up, his parents kept him away from the public eye by sending him to the most elite private schools; and with his time there he grew into his own.

His father is Thomas Jefferson Valiant (born 12/03/1948), a former Senator from Texas looking too reclaim his glory. After a scandal, involving his chief of staff and a chemical company from Texas, left Jefferson Valiant standing with his dick in his hand, the elder of the Valiant family resigned citing "the people of Texas deserve to have someone looking out for their own interests and not have to worry about the business of his own staff". In the late 1970s after Jefferson left, he purchased a small oil processing company based out of Nevada and turned into the global juggernat known the world over as ORION (Industries). The company has been his pride and joy for the last four decades. In June 2011, Jefferson Valiant announced he was seeking the open Senate seat being vacated by a member retiring from the public life. With ties to both Big Oil and the Progressive Movement, Valiant hopes to have this election sign, sealed, and delivered... all before next year's General Election.

Rebecca Valiant (born Rebecca Ann St. Clair on June 25, 1953) is the mother of ALPHA entertainer, Rian Valiant. Rebecca's greatest assets have always been her grace and beauty, both of which she used to launch a very successful film career. When she left her small town behind at the age of 16, Rebecca had the stars to guide her. Making her way to Hollywood and landing a role in 1969's "A Village Idiot Reborn". This film wouldn't exactly put her on the map, but it did lead to several more roles. A few more supporting roles (in films like "The Rebel Army" and "He Only Called Me Once", the latter of which she played a schizophrenic who thought she was her own evil twin) would catch the eye of John Huston, who put her up as lead actress in his 1971 film: "Dead and Gone". To this day, Rebecca always credits John Huston as finding her and plucking her from obsurity. After a minimal engagement, Rebecca and Jefferson wed in the spring of 1974. Two years later, Jefferson would resign from Congress and Rebecca would contemplate returning to acting. After a string of mildly-successful films still showed that she could act, very few roles would actually come her way. No longer seen as a leading lady, Rebecca went on to choose fewer and fewer roles before retiring from the profession all together. While still active in Hollywood to this day, Rebecca feels that the heads of the studios gave up on her when she still had many stories to tell, a chip she still carries on her shoulder to this day.

NONE AS OF YET 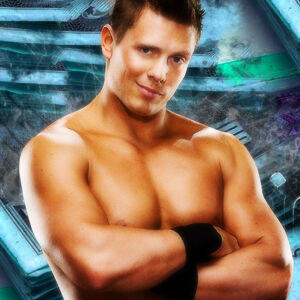