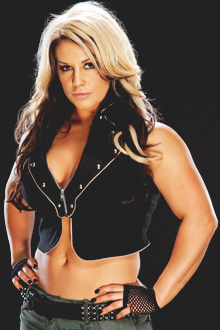 In 2008 she was part of the Hardfitness Calendar and in 2009, Lucato appeared in Flex Magazine. Mariella also occasionally works for Hardbody.com, contributing with interviews, photo ops and blogs.

Lucato is married to professional wrestler Riley Daniels. Lucato met Riley at a study abroad trip in Italy during his junior year in high school. The two immediately hit it off and began dating during his time there. The relationship ended when he had to return to the US. In mid-July 2012 the two became engaged after re-connecting and planned an October wedding. However they called off their engagement in August. The day after the supposed wedding date (10/15/12) Daniel showed up at her home in Rome, Italy. The two reconciled after he found out that she was pregnant with their child and he proposed to her again, which she accepted. The two would wed in March 2013 at Lanikuhonua Cultural Institute in Kapolei, Hawaii. In May 2013, Mariella gave birth to an 8 lbs baby boy they named Luca. The family resides in Toronto, Canada during the Summer and in Miami, Florida during the Winter.

Retrieved from "https://ewrestling.fandom.com/wiki/Mariella_Lucato?oldid=282263"
Community content is available under CC-BY-SA unless otherwise noted.